Houseplants have been part of human culture ever since the early Greeks and Romans started bringing their plants in from the outdoors. You don’t need to be an environmental scientist to see that plants are attractive. However, if you dig a bit deeper beneath their beauty, you will quickly discover that the benefits of houseplants go beyond the aesthetic.

According to research studies, houseplants are good for both people and buildings in several subtle ways, which include:

Houseplants are lovely. Who doesn’t like the idea of having lovely flowers and interesting foliage to look at each day? Houseplants are also great for adding interest to an otherwise dull environment. Just as they are appealing outdoors, indoor plants can serve many functional purposes indoors.

Plants help get rid of toxins from the air. According to research by NASA, every 24 hours plants remove up to 87 percent of the volatile organic compounds (VOCs). VOCs include substances such as benzene, formaldehyde, and trichloroethylene.

Benzene is usually found in high concentrations in study settings, where printed papers and books are in plenty. Trichloroethylene is found in man-made fibers, paint, solvents, and inks. Formaldehyde, on the other hand is present in grocery bags, vinyl, rugs, and cigarette smoke.

Modern-day climate-controlled buildings tend to trap VOCs inside. The research undertaken by NASA revealed that plants help improve indoor air quality by purifying the trapped air by pulling the contaminants into the soil where they are converted into food for the plant by root zone microorganisms.

Plants release water vapor as part of their respiratory and photosynthetic processes. The vapor increases the humidity of the air around them. Plants release about 97 percent of the water they take in.

If you place several plants together indoors, you can increase the humidity thus improving the immune system responses and keeping the respiratory diseases at bay. Research studies conducted at the Agricultural University of Norway show that using plants in interior spaces reduces the incidence if colds, dry skin, dry coughs, and sore throats.

The body takes in oxygen and releases carbon dioxide when you breathe. Plants absorb carbon dioxide and release oxygen during photosynthesis. It is this opposite pattern of gas use that makes people and plans natural partners. If you add plants to your interior space you can increase the oxygen levels.

Photosynthesis, however, ceases at night and plants respire like humans by taking in oxygen and releasing carbon dioxide. Still, some plants (such as succulents, orchids, and epiphytic bromeliads) do the exact opposite i.e. they take in carbon dioxide and release oxygen. Place such plants in your bedroom to refresh the air at night and make breathing easier.

Plants have been shown to improve health. According to researchers at Kansas State University, the addition of plants to hospital rooms helps improve the recovery rates of patients recovering from surgery. Compared to patients in rooms without plants, patients in rooms that had plants requested pain medication less, had lower blood pressure and heart rates, experienced less anxiety and fatigue, and were released from hospital sooner.

A workplace study commissioned by the Dutch Product Board for Horticulture discovered that adding plants to office settings helps reduce fatigue, coughs, headaches, colds, sore throats, and flu-like symptoms. A different study conducted by the Agricultural University of Norway, sickness rates dropped by over 60 percent in offices with plants.

A 2015 study by researchers at Korea‘s Chungnam National University showed that plants can suppress the sympathetic nervous system thus soothing people. In the study, researchers had a young man either transplant a plant or complete a computer task. After that, their physiological and psychological states were measured.

The results of the study were that the young men were much calmer after transplanting the plant than after completing the computer task, which suggests that interacting with plants can help counteract some of the stress associated with interacting with technology.

A study at The Royal College of Agriculture in Circencester, England found that students demonstrate 70 percent greater attentiveness if taught in rooms with plants. In the same study, attendance was also higher for lectures given in classrooms with plants. A 2000 study frim the University of Reading found that looking at images of foliage helped improve markers of clear-headedness.

For a long time now, plants have been useful aids when it comes to reducing noise from busy roads. Recent research has also shown another benefit: houseplants can help reduce background noise levels within buildings too. Plants diffract, absorb, or reflect background noise, which makes the environment more comfortable for occupants. Plants absorb sound best acoustically live spaces, such as those with hard surfaces.

National Chung Hsing University researchers conducted a study that found that people tended to be less anxious and nervous when they were in a work environment that included a view of nature or indoor plants. It is definitely cheaper than anti-anxiety medication.

Now that you know about all the benefits houseplants have to offer, it is now time to start planting. You can visit your local gardening store or landscaping service for recommendations on the most suitable houseplants for your location as well as instructions for planting and caring for your plants. If you do that, you will enjoy all the benefits discussed here and so much more.

Need new glasses? Here are some tips to find your perfect pair.

Getting new glasses can be exciting, and sometimes a little… 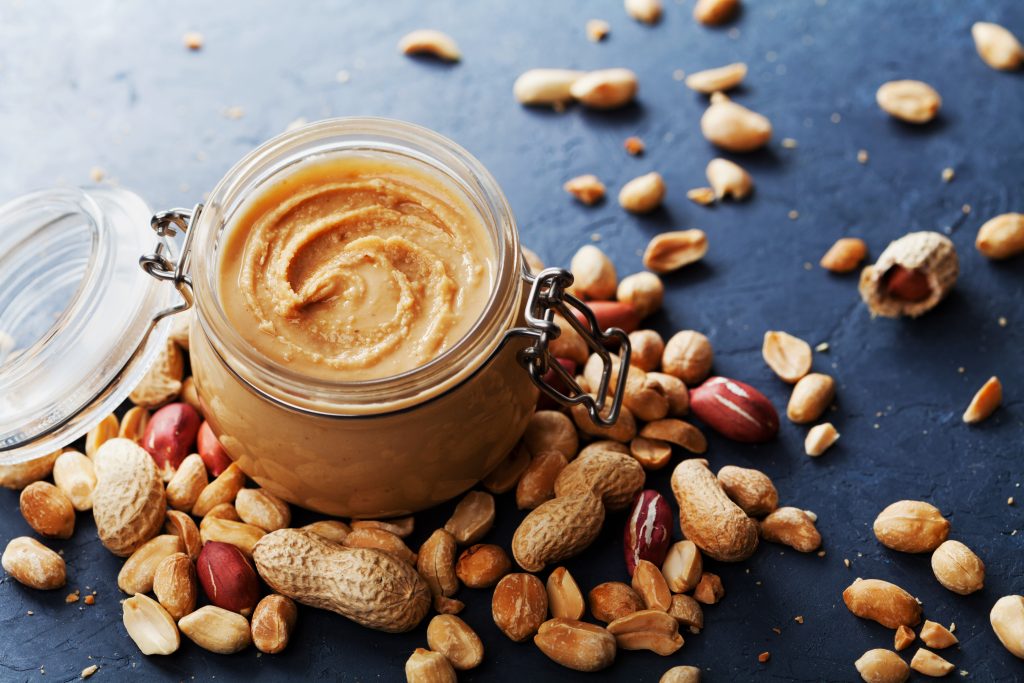 The Nutrition and Benefits of Peanut Butter

Do you consume peanut butter and have no idea of…